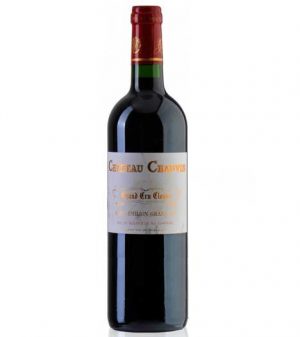 Ripe and fleshy, with lots of crushed plum, blackberry paste and steeped fig notes, supported by a spine of charcoal and graphite. Delivers a smoldering, toasty finish.

Château Chauvin is located to the north-west of Saint-Émilion, half way between Cheval Blanc and the Butte de Rol, close to the Pomerol appellation. The soil at Chauvin is sandy clay, benefiting from the presence of a pseudogley and an iron-rich sub-soil similar to that found in parts of Pomerol. Thanks to its lower water retention capacity, the soil rapidly succumbs to water shortages, thus allowing the grapes to ripen more quickly. The efficient drainage of the entire vineyard also allows run-off of water during the wettest periods.