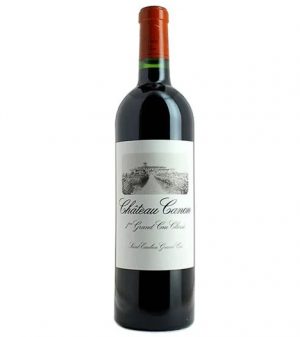 Chateau Trotte Vieille 2014 has a fragrant bouquet of alluring smoldering tobacco and light chalky threads weave from start to finish with supple cherry, plum and blackberry coulis flavours streaming along. Medium-bodied on the palate, fine acidity and a gentle, caressing finish that is silky smooth. Its long, suave finish lets everything hang harmoniously.

The name is derived from the fact that there lived a lady in this chartreuse in the 14th century. This little lady was very interested in what was going on in the town of Bordeaux and used thus to walk down to the close-by crossing where the stagecoaches stopped on their way coming from Bordeaux. As the lady seemingly often hasted to the coaches, the people of Saint-Emilion called her “la trotte vieille”, the “old trot”. This unusual name was used for the chateau already in the 15th century. In honor of the name-giving lady, Trotte Vieille’s second wine is called ""La Vieille Dame de Trotte Vieille Trotte Vieille is one of the oldest estates in Saint-Emilion and has some of the oldest vines of Bordeaux as some of these are pre-Phylloxera and thus more than 140 years old.